Margaret Davis began her professional life as a dancer with Opera Australia in 1972 and since then has developed a multi-faceted career as actor, director, writer and lecturer in the performing arts and has been involved with Q Theatre from very early on to present day. She even auditioned for Q Theatre Co-Founder Doreen Warburton in the mid 1970s.

Margaret was the first woman appointed as a director with an Australian main-stage theatre company in 1981 as part of the State Theatre Company of South Australia and headed the Riverina Theatre Company as Artistic Director, building the company to professional touring status in the mid-80s.

“I started going to the Q way back when it was a lunchtime theatre venue at the AMP building in Circular Quay, so my memories go way back.”

Margaret has enjoyed an ongoing connection to Q Theatre as a Guest Artist for the Australian Youth Theatre Festivals two years in a row across 2018/19 and as director of the Originate project in 2019.  In January 2018, a residency with QLab here in Penrith was instrumental in the evolution of Margaret’s production Eating Pomegranates which enjoyed a successful season at Wentworth Falls School of Arts in March 2019.

Born in Port Kembla and moving to Sydney at an early age, Margaret grew up without a TV and experienced a childhood that relied on theatre productions and live performance for the novelty of entertainment. While Margaret’s parents also valued the magic of live performance, they were horrified when she wanted to make a professional career out of theatre. It wasn’t until after the completion of a Honours degree in English Literature at USyd that she made the transition to study acting. Living in the inner west of Sydney and part of the community she instantly felt at home – as a student and then as an actor and eventually a director. Currently Margaret resides in the Blue Mountains creating new work with the vast community of theatre professionals who also call the area home.

“I have enjoyed my participation in all these Q Theatre initiatives enormously as they have allowed me to further my own artistic practice and at the same time mentor young artists.”

Today, Margaret has directed around 60 productions for leading theatres around Australia (including Griffin, Belvoir and Malthouse) and with her own company, Two Planks and a Passion. As a mentor to young arts Margaret also lectured in Contextual Studies for the BA in Performing Arts at AIM for ten years and freelances as a dramaturg and script assessor.

There is no one type of production that takes favour over others for Margaret but those that have nuances of strong physicality and a clever and inventive focus on design, lighting and sound are what connects Margaret to the immediate shared experience of live performance compared to any other medium.

Most recently, Margaret has developed a new piece for the Q Theatre’s Short Message Service project, a new performance about intimacy and connection experienced via text message. This special moment of theatre will be delivered to audiences via a series of ten text messages over one hour, and crafted by Sydney based playwrights.

Margaret Davis’ Short Message Service, titled The Angel Code is happening on Friday 31 July between the hours of 6pm and 7pm. Register for it here. 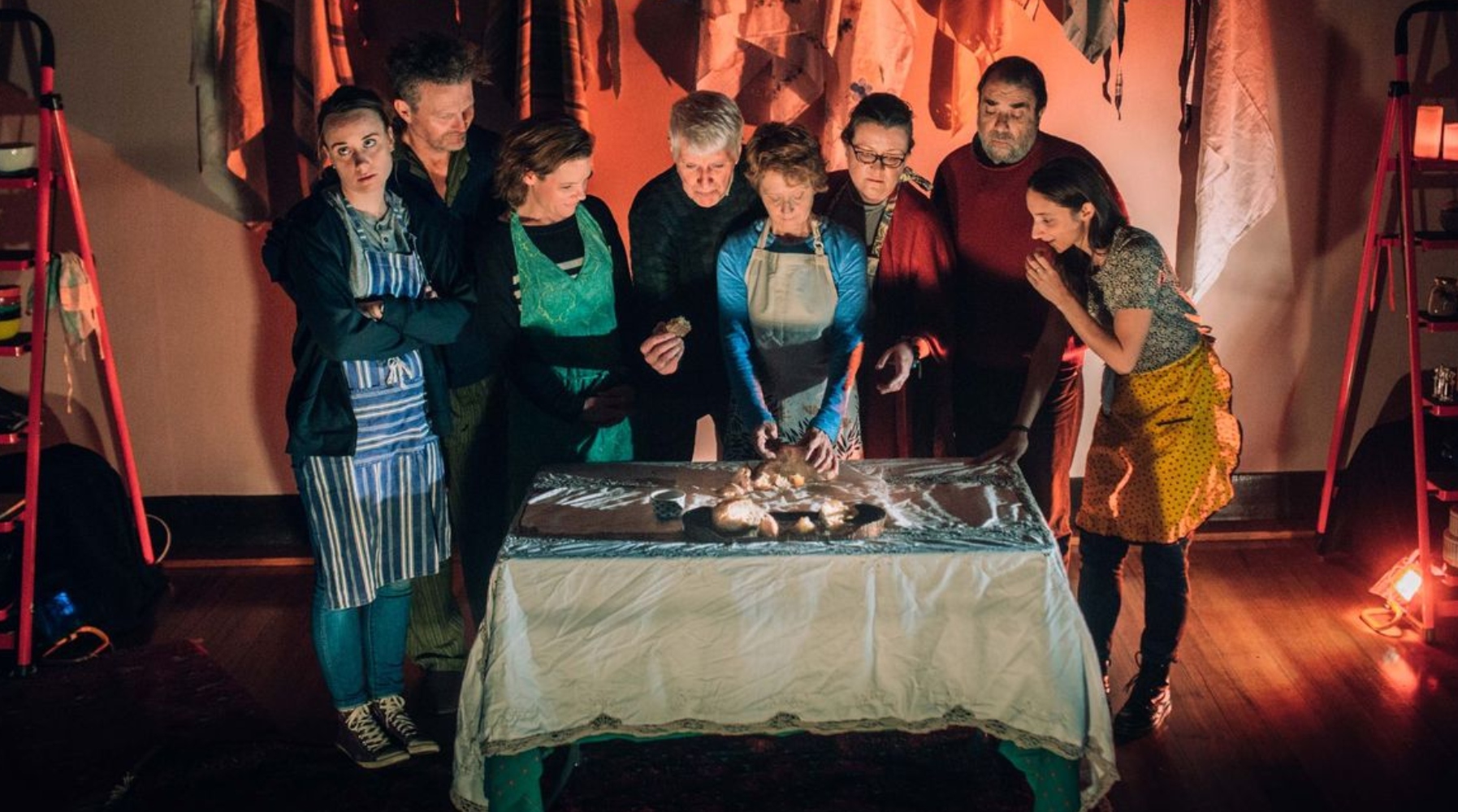 Photo / From the Production Breaking Bread 2017, Photo by Nick Mckinlay 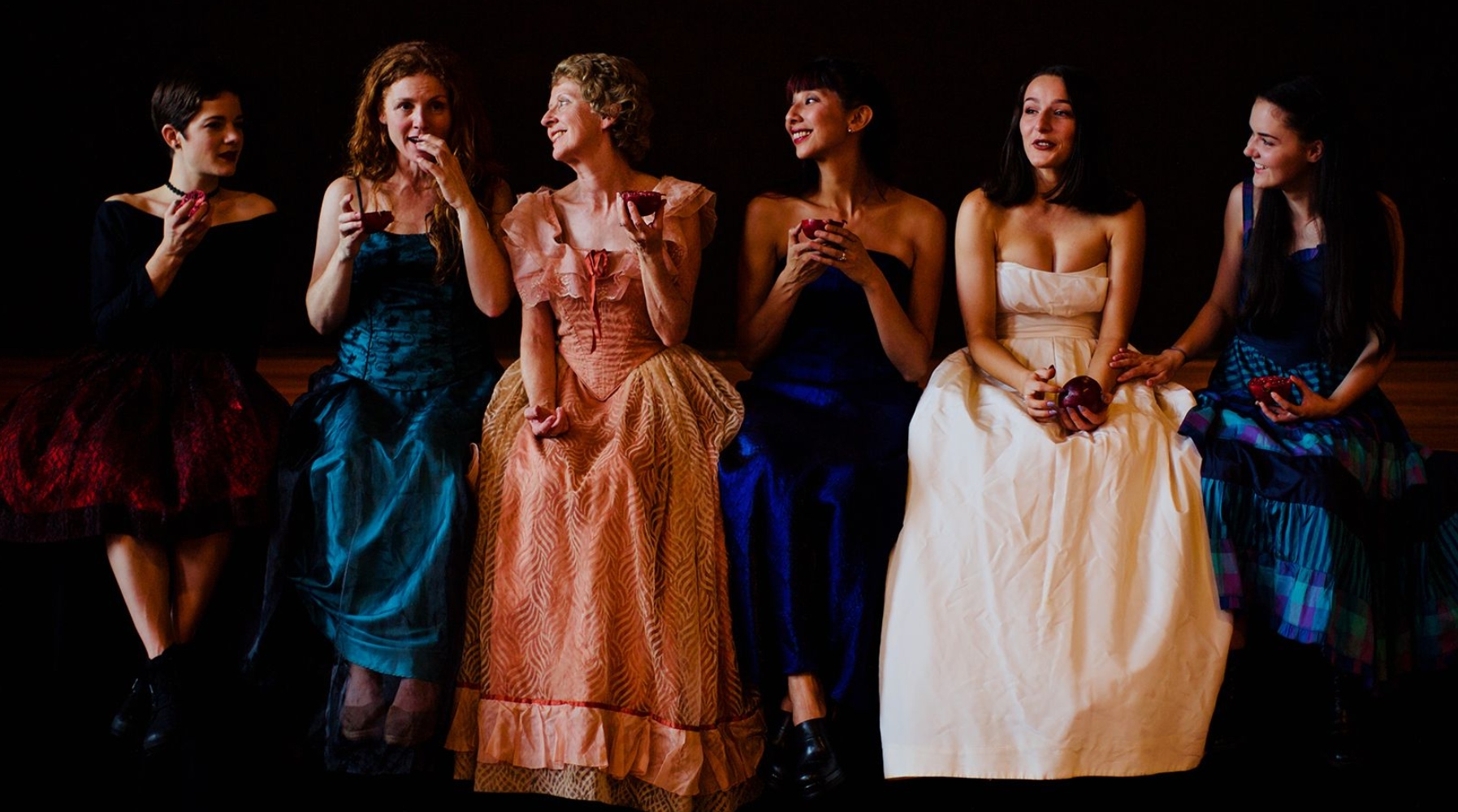 Photo / From the production Eating Pomegranates 2019 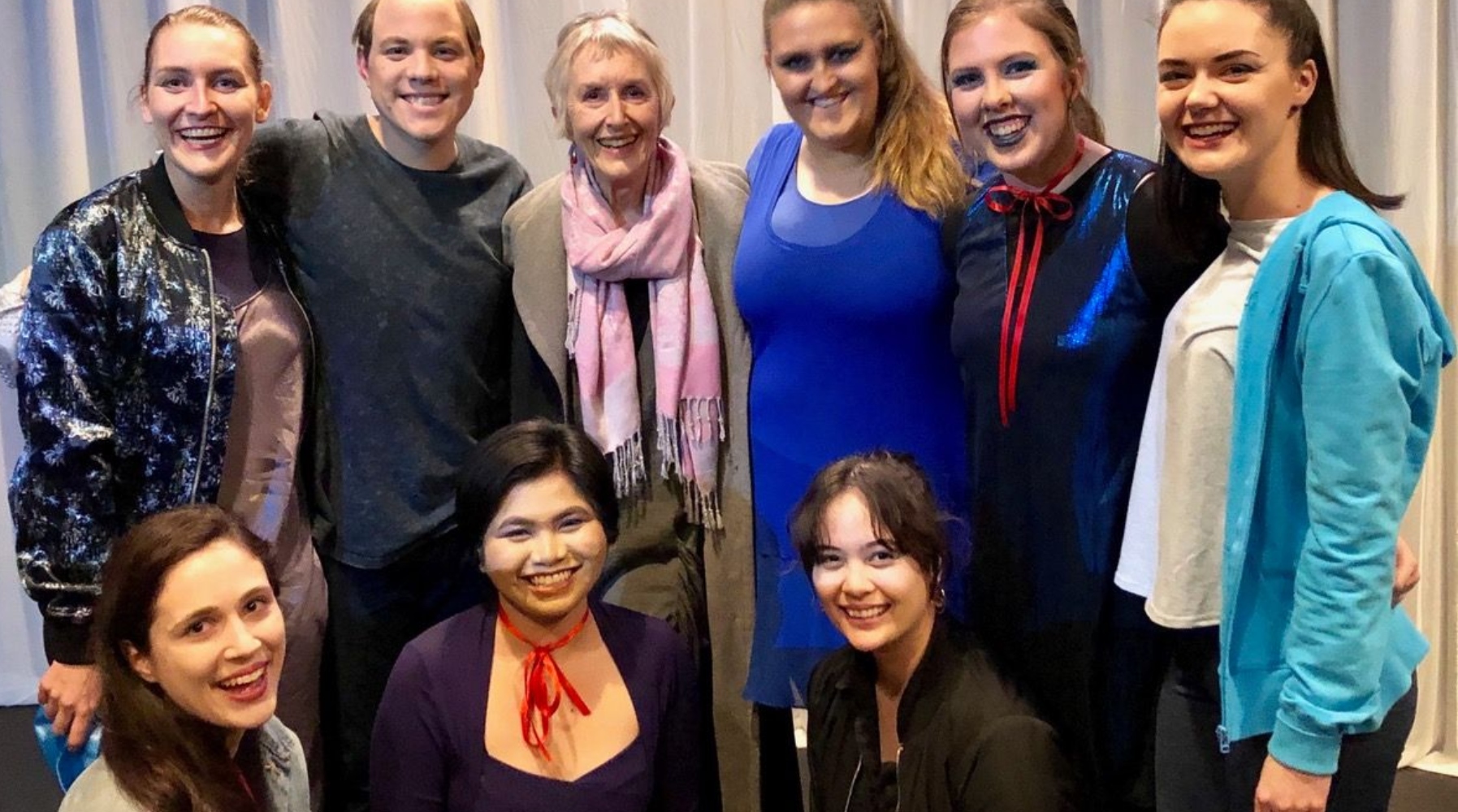 “[Live performance] is not fixed, like a painting on a wall, it is not set forever in a celluloid or digital format! It is living and breathing, and anything can happen.”