The Arts at the Heart of Penrith 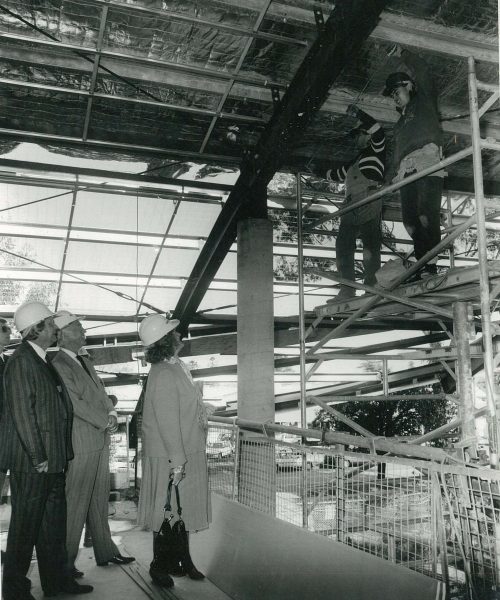 The Joan officially opened 30 years ago

The Joan Sutherland Performing Arts Centre opened as a Bicentennial Project 30 years ago in 1990. The official opening took place on 14 August.

The Joan’s lovely and grand concert hall that can sit 550 people is also named after Richard Bonynge – the Richard Bonynge Concert Hall, and our beautiful foyer is named the Malcolm Borland Foyer.

The beginnings of
the Q Theatre

Originally, they produced lunchtime performances in a comfortable 250-seat theatrette of the AMP Building at Circular Quay. In 1976 the Q closed the lunchtime theatre in Sydney and set about creating a fully professional theatre organisation in Penrith.

It officially opened on Railway and Belmore Streets, Penrith on 30 March 1977 with the contemporary hit musical Lock Up Your Daughters.

The Q Theatre moved to The Joan Sutherland Performing Arts Centre in October 2005.

Caption: Doreen Warburton cutting the ribbon to open the Q Theatre at the Railway Institute Building 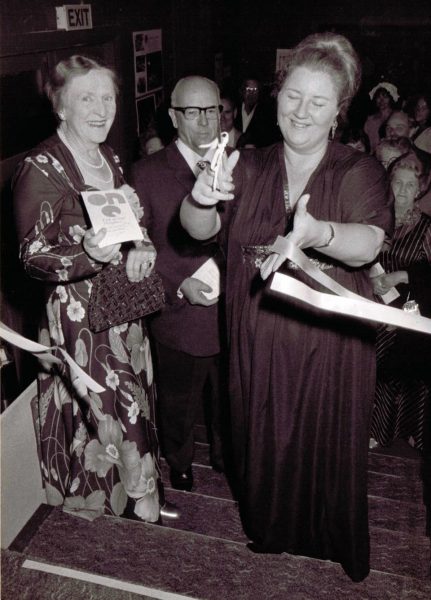 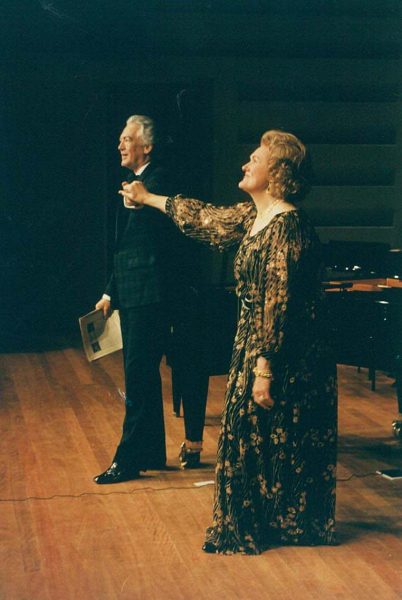 The day we received
our name

The Joan Sutherland Performing Arts Centre is the only public performing arts centre in the world that acclaimed Australian operatic singer Dame Joan Sutherland allowed to use her name*. During the opening of the centre, Dame Joan performed Arne’s When Dasies Pied and Tosti’s Serenata, accompanied by her husband Richard Bonygne. After two encore performances, the pair received a standing ovation. This auspicious event also marked the last recital of Dame Joan’s career.

*The Joan Sutherland Theatre at the Sydney Opera House was named after Dame Joan’s death, it was known as the Opera Theatre until 2012.

The Joan was designed by an acclaimed Australian architect The Gift of Music

To commemorate the Bicentenary of Australia, a number of landmark buildings and monuments were constructed around the country including the Joan Sutherland Performing Arts Centre.

The Dedication Ceremony for The Joan took place on Saturday 3 December, 1988. The official proceedings included an introduction by Alderman and Chairman of the Board, Dr Malcolm Borland, an address by Member for Penrith Guy Matheson and an official dedication by the Mayor of the City of Penrith, Alderman Kevin Dwyer. This was followed by site inspections and a luncheon at the Log Cabin Motor Inn, Penrith.

The program for this special event stated, “There could be no better Bicentennial gift to the community than the gift of music. Council is proud to dedicate the Joan Sutherland Performing Arts Centre to the community and to excellence in the arts.”