Katie Beckett is an actor and writer with a passion for storytelling, both for the stage and screen. She is also a founding member of Cope St Collective.

Which Way Home was the first full length play she wrote. It enjoyed an extended sold out season at Belvoir as part of the 2017 Sydney Festival. She also won the Balnaves Indigneous Playwrights Award and was nominated for a Green Room Award for her writing.

She is currently working on a number of writing projects including a new TV series with Matchbox Pictures, a web series called Nyanggan Ngaga and has been commissioned by Arts Centre Melbourne and Belvoir to write two new plays.

As a performer Katie’s screen credits include Redfern Now, Black Comedy, Harrow, The Unlisted, Diary of an Uber Driver, The Slot, Little J and Big Cuz, The Marshes, Talkers, Drover’s Boy and Blackground.

Most recently, Katie has developed a new piece for the Q Theatre’s Short Message Service project, a new performance about intimacy and connection experienced via text message. This special moment of theatre will be delivered to audiences via a series of ten text messages over one hour, and crafted by Sydney based playwrights.

Katie Beckett’s Short Message Service is happening on Friday 4 September between the hours of 6pm and 7pm. Register for it here. 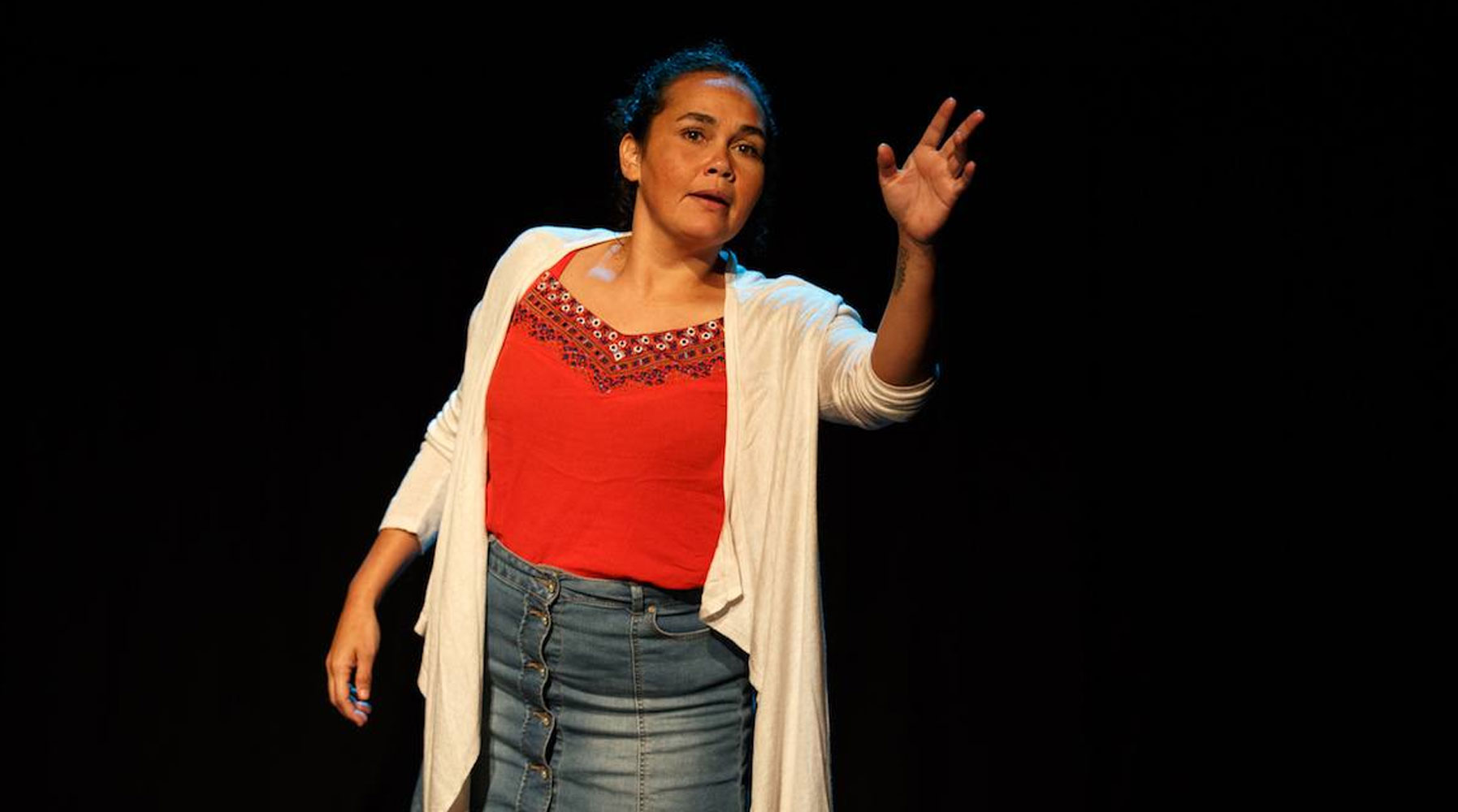