Bernadette Fam is an interdisciplinary theatre maker, writer, director, and creative producer from Western Sydney – a true local who grew up in the midpoint of the suburban triangle that connects Jamison Park, the Nepean River and Penrith Stadium. Bernadette has been involved with the Q Theatre over the past 3 years in many capacities; as a performer, director, writer and workshop artist mentor for creative youth in Western Sydney.

Only entering the performing arts space at 15, the very first production Bernadette ever saw was just in 2013 when she attended a professional Sydney production in the city. It was there that her whole world changed.

“I walked out of that theatre telling my drama teacher THAT is what I wanted to do when I was older. It truly was a light bulb moment for me. I didn’t know how, or what exactly, but I knew I wanted to tell stories that would make people want to jump out of their seat.”

As a writer and theatremaker, Bernadette is passionate about exploring the intricacies of identity, belonging and cultural connection in Australia’s current socio-economic landscape. Earlier this year Bernadette was selected as the 2020 Q Theatre Lab Artist in Residence to co-create and perform the production tutaj/ هناك (here/there); a production that explores the complex relationship between first generation Australians and their heritage.

To say that Bernadette is dedicated to the performing arts would be an understatement. To her, it is important that people have a place to escape, to be challenged, to feel, to have fun and to want to make change. For her, the theatre is that place. Immersive theatre, site-specific work and theatre that stretches the boundaries are places that people can go to awaken their senses and connect with themselves and the world around them.

“I've got the privilege of leading the charge on Q Theatre's young artist ensemble every week for St Marys Kid and I’m seeing some awesome work being created. I cannot wait to share it with everyone.”

Bernadette was also recently assistant director to Dino Dimitriadis on Lady Tabouli for National Theatre of Parramatta and Sydney Festival, with other writer credits including Mother, a commission for the Annual Youth Theatre Festival at Q Theatre and Fight or Flight for ATYP. Bernadette is also the 2020 Artist in Residence at PYT, Fairfield and the Associate Creative Producer of Green Door Theatre Company.

Bernadette is currently directing the Young Artist Ensemble for Q Theatre’s St Marys Kid, using the time away from physically being at the theatre to further connect with Western Sydney youth and create meaningful work for the community. Photo / Performing in Mouth of the River, Image by Q Theatre 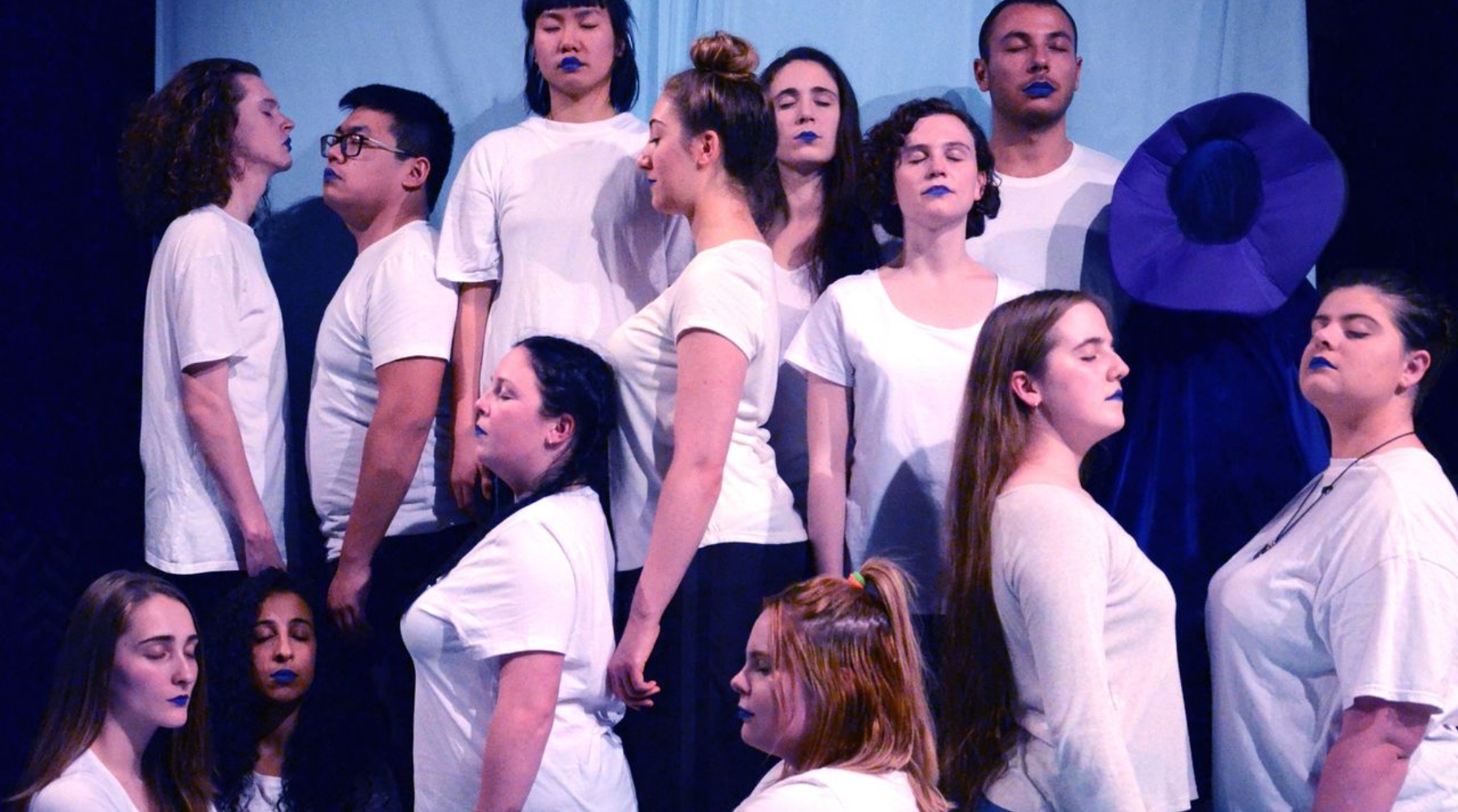 Photo / As part of the ensemble cast of Mouth of the River, Image by Q Theatre
0 1